As previously mentioned, to control your CNC machine you need a G-code sender or interface software. This piece of software runs on your computer or laptop and allows you to:

Some also allow you to:

For most users, we recommend using UGS Platform as the go-to interface software:

There are also many other interface options out there that you can use. The full list can be found in the GRBL documentation here: https://github.com/gnea/grbl/wiki/Using-Grbl but we’ve also put together a more digestible list that you can reference below of the ones we’ve gone through and personally experimented with. Please note that UGS is the only software which we’ve used extensively at this time, so please experiment with the other options out there at your own discretion: 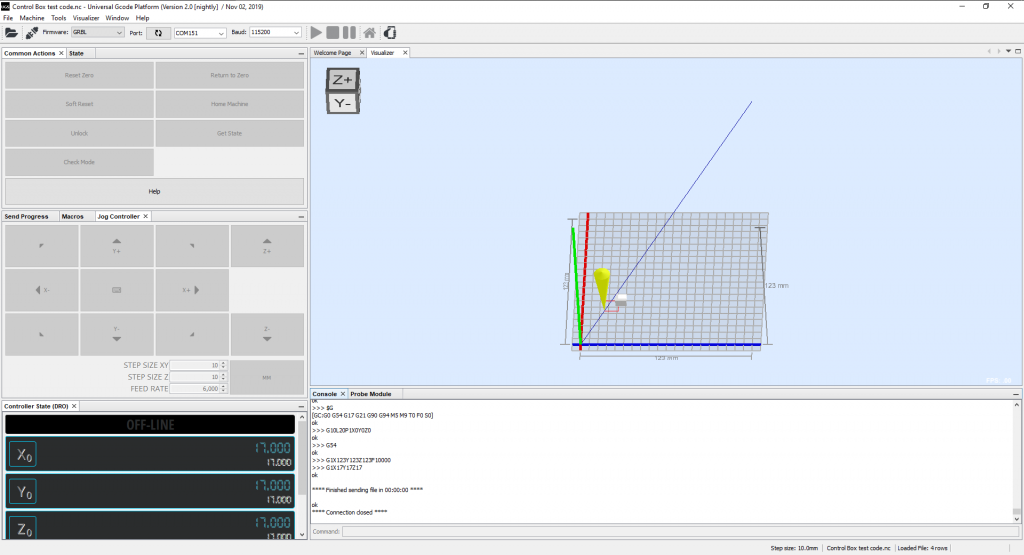 A Java-based program that comes in two forms: classic and platform. Classic is easier to use and pick up, Platform has many more features and is more configurable. Pendant available. 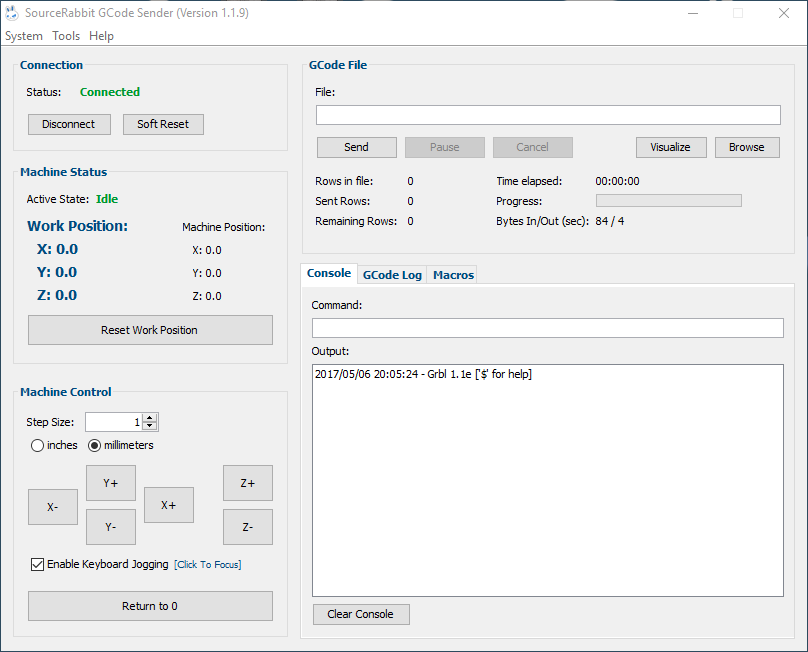 This program is a modified version of UGS Classic with similar functionality and a modified layout, but with some of the added features that UGS Platform has. In some areas it’s been too far simplified that it reduces functionality, for instance the visualizer will only show g-code in the positive axes instead of showing the entire file. 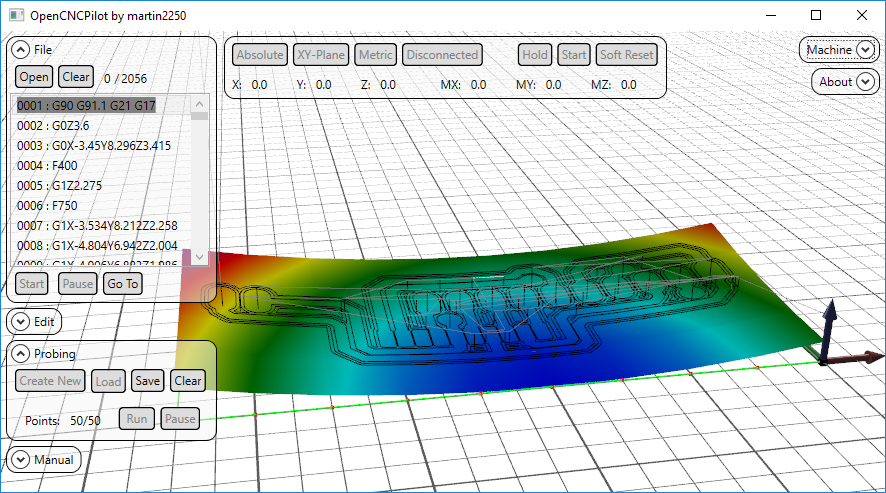 A basic but functional sender. It’s main feature is it’s ability to probe user-defined areas for warpage and wrap the toolpath around the curved surface. This is expecially useful for precisely engraving metal surfaces such as when isolation milling PCBs. 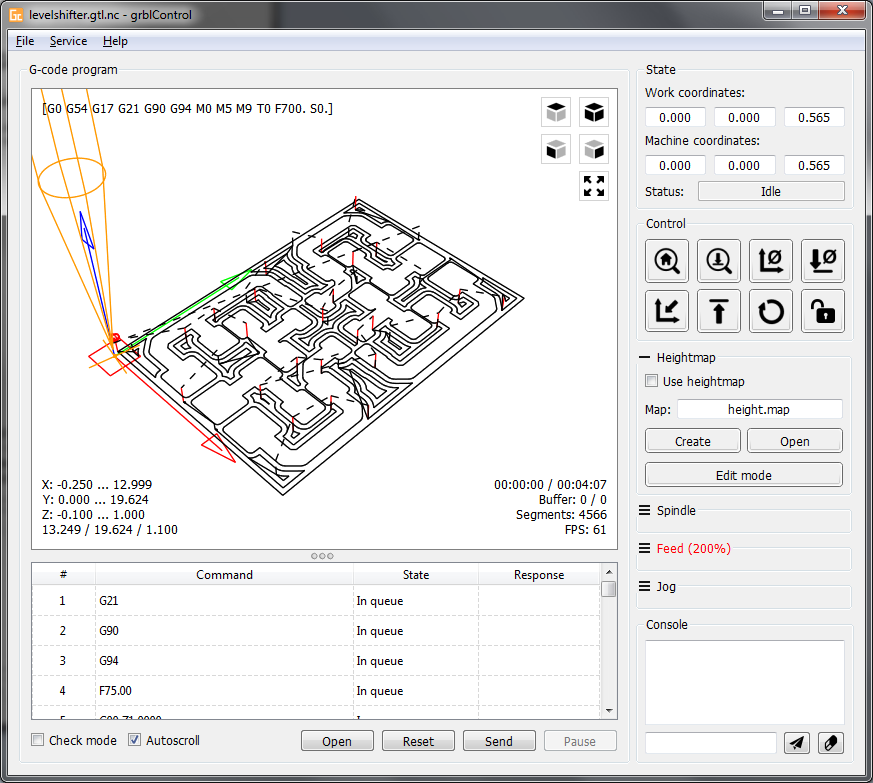 Lots of great features and functionality including surface probing and easy-to-make user macros. Warning, as of last check the visualizer is broken in a way which may induce epileptic shock. 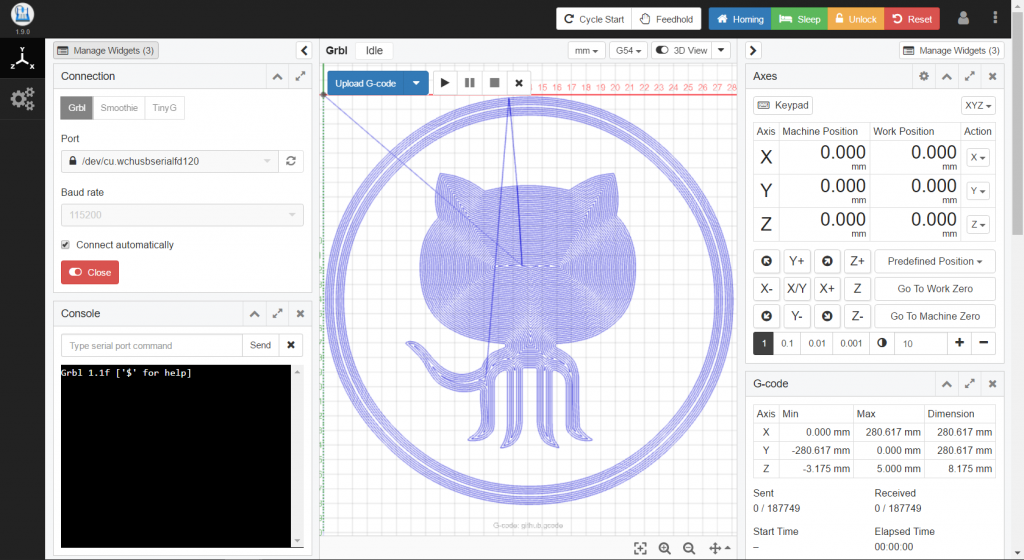 Need to have Node.js installed on your computer to run online, or can download electron app, or can run on a raspberry pi. Can connect over USB, Bluetooth, or serial-to-WiFi. Pendant available. 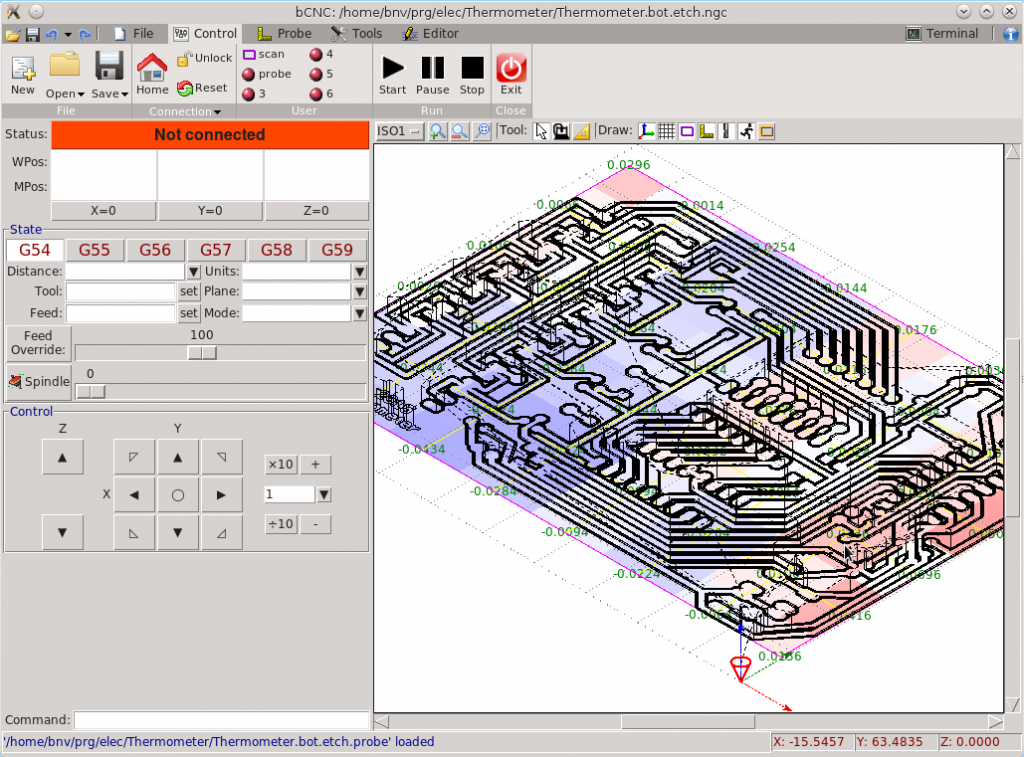 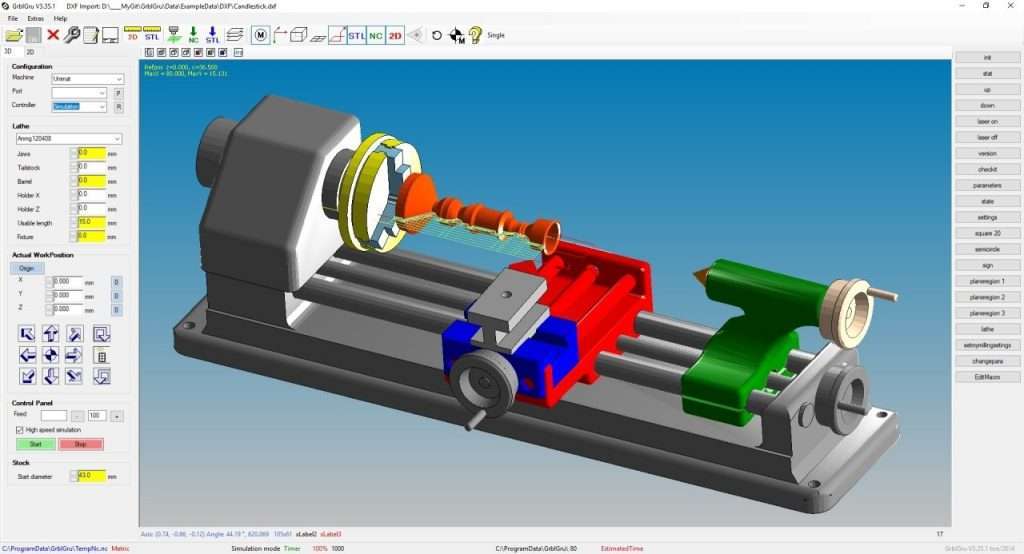 Made by just one man, GrblGru can do CAM for mills and lathes, 3D simulation, carving on curved surfaces, and g-code sending. It’s got a lot of good features but the main downside is that it takes some effort to learn how to use it.