So a couple of months ago I had a friend who asked me if I could scan and CNC mill a copy of her face. CNC milling? No problem, we could certainly do that. However, we didn’t have access to 3D scanning tools to create an accurate 3D scan of her face.

Accurate scanning tools that can capture a face at a high level of detail are somewhat expensive and hard to come by, but I have used the free app, 123D Catch (now discontinued), which allowed users to use a smartphone to create a 3D model. It was frustrating to use though, due to the fact that it could take forever to process the images into a 3D model, and resulted mixed results. It is also worth noting that using a scanner like 123D Catch needs the subject to be still for some period of time as the scanning takes place, and unless you have $60,000+ 360 degree scanning rig, it would be the case for most scanners. Needless to say, we shelved that project.

Then one day I came across this interesting project from the folks at the University of Nottingham, who had created a tool that could take a single picture and turn the face in the model into a 3D model. And so for fun, I decided I would try using a photo of one of our professors to create the 3D model.

So I took this model and converted it from a OBJ file and imported it into Kiri:Moto, then carved it out from some wood. Two tool changes and an hour and a half later, I had a little face in my hands. 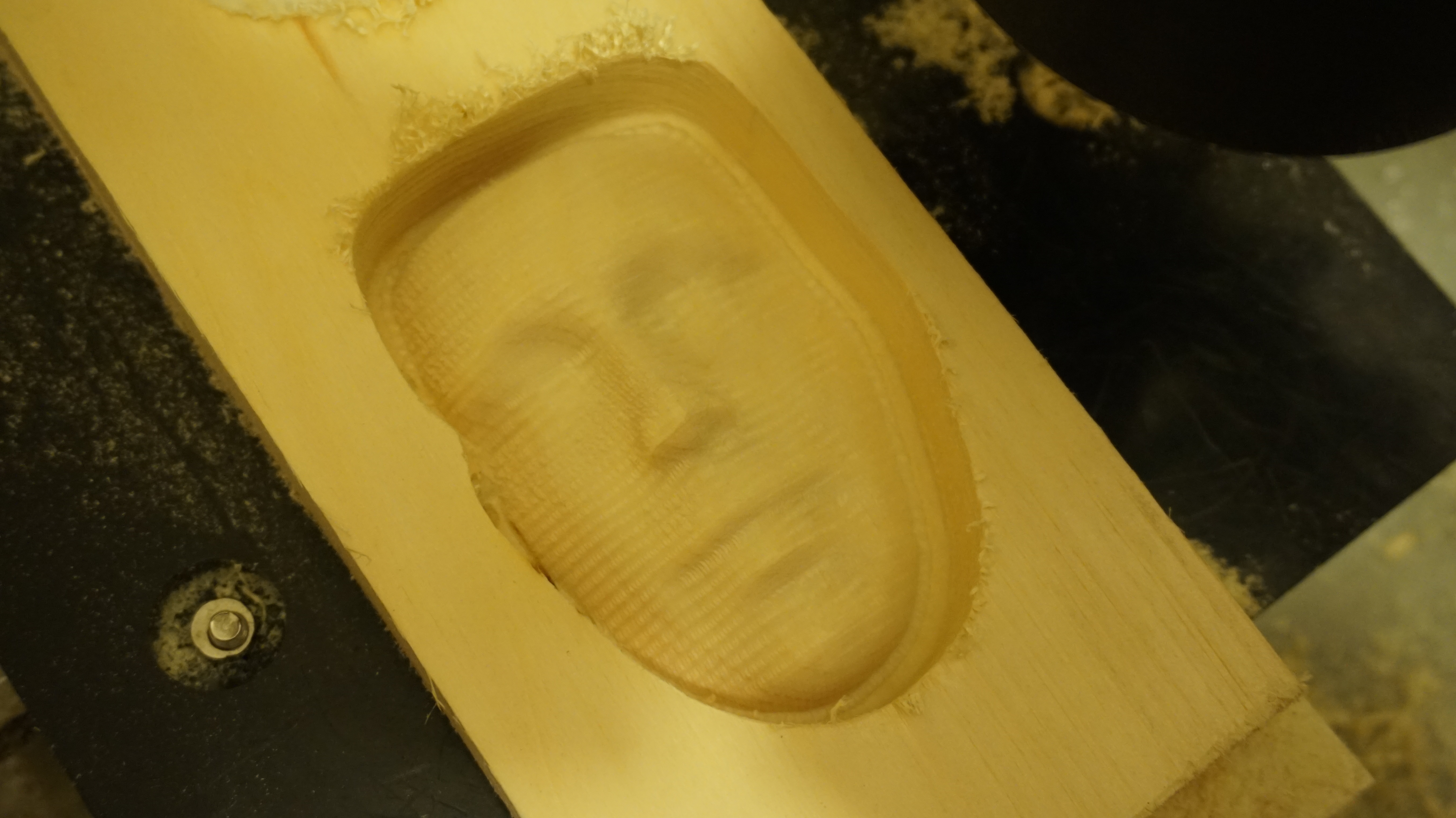 Sanded it a little bit. pic.twitter.com/vlCJqExqxU

Well what can I say. It looks like a face, although I don’t feel like the AI got it 100% right. I suppose we’ll have to see over the next few years how this technology progresses, but it looks like we won’t be getting super realistic masks out of the Mill One just yet.