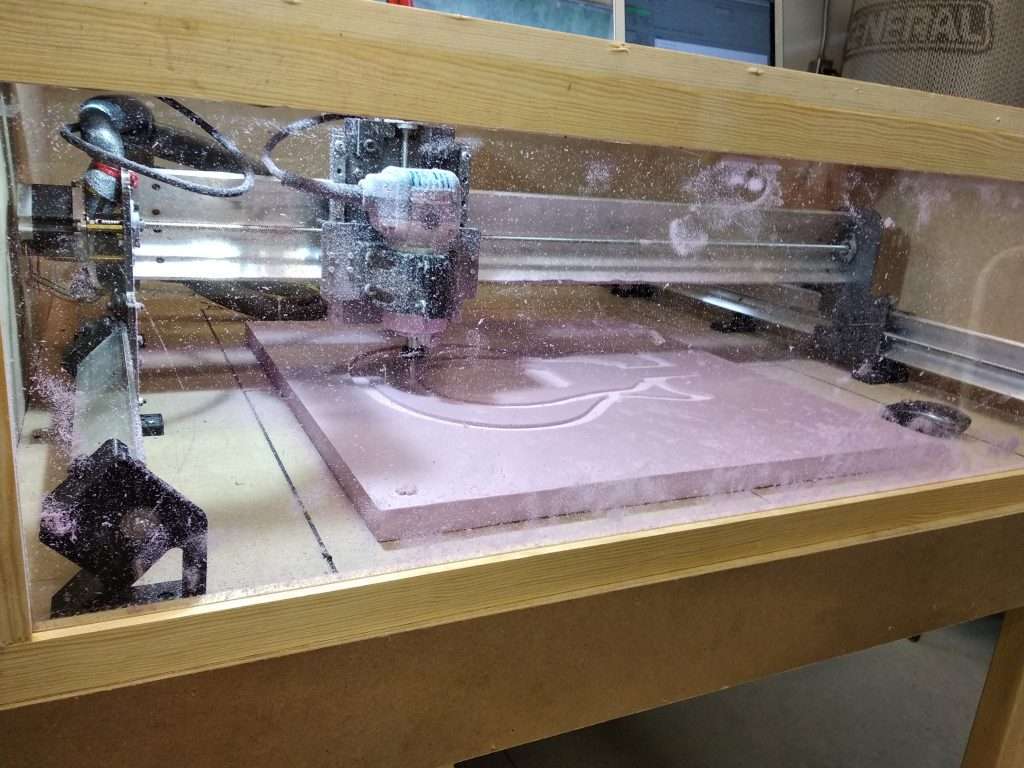 So first things first, we’re going to call the “LongBoi CNC’s”… “LongMills” now. Feedback was saying that “Boi” was a bit too meme and unprofessional. LongMill sort of follows the Mill One name, except that it is longer, obviously. If you want to learn more, you can go to our landing page for the LongMill!

The first batch of beta testing machines are out in the world now, and they’ve settled in nicely. It’s cool to see that people have already made some enclosures and other things for their machine, as well as using them for their own projects.

This also helped uncover an issue that we are working to fix on some machines, which is that it appears that the Y-axis is drifting, usually after 30-45 minutes into a cut. From what I can tell, this is coming from the stepper motors on the Y-axis overheating.

We’ve already started testing and working on some redesigns to fix this issue and make the machine the best it can be, and changes will be rolled out to current users once we’ve completed this design cycle. I guess it’s both good news and bad news, bad news that there is still lots of work to put into getting this design and best it can be, but good news that I feel like the changes we’re planning on making to update the design will make it a much more powerful machine.