I hope that everyone who came out to Hamilton Maker Faire this year had as much as a blast as we did. It was a toasty 30 degrees Celsius yesterday and Amy (who helped out for the day) and I got up around 8am to begin the 1 hour drive from Waterloo to Hamilton. Once we arrived, we set up our booth inside the Electric Pumphouse building, including our little shop of parts. 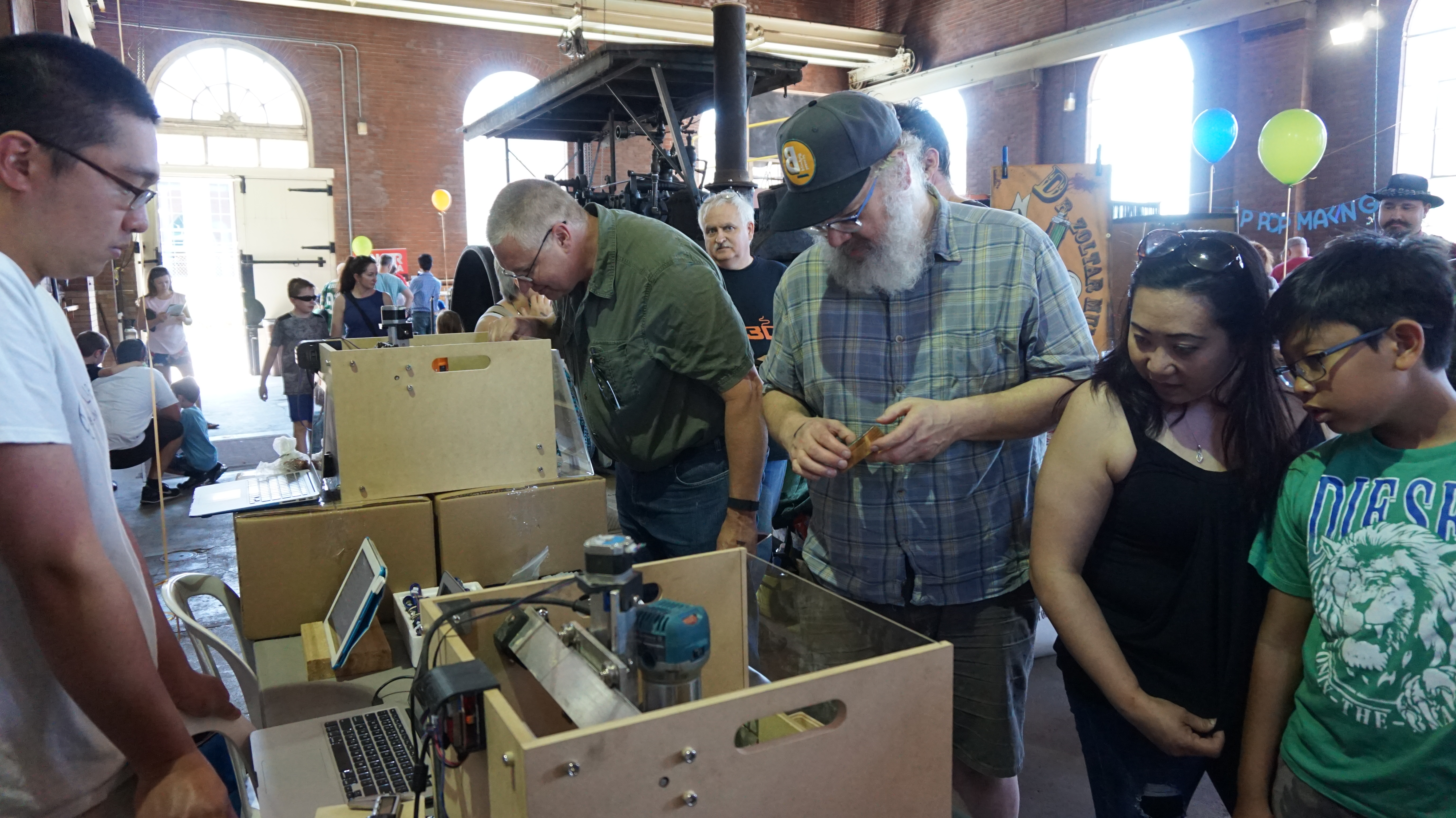 It’s really see how far we’ve come since the last time we were at Maker Faire Hamilton a year ago. At that time, we had built a few prototypes of what would become the Mill One, but were still quite a ways away from completing the testing and design of the V1 machines. Desktop CNC milling at that time was still quite an unknown technology. This year, however, we met a lot of folks who had been following our progress or had already purchased a Mill One from us.

We also had a chance to talk to many makers about their projects and their own personal roadblocks in manufacturing, whether it was time, money, skill, or something else, which gives us ideas on how we can help makers turn their ideas into reality. We also had many great discussions on what the future of making will look like and how our industry will change over the next few decades.

I’d like to thank Amy for coming out to help me, everyone who came out to Hamilton Maker Faire 2017, as well as all the amazing organizers and volunteers! Thank you so much! Until next year!