I (Andy) usually try to blog at least two times a week, but things have been pretty busy since sales for the Mill One have picked up a fair amount over the last two or three weeks, so I haven’t had a chance to blog.

So here’s a bunch of stuff that has happened over the last few weeks (in no particular chronological order).

I put together another video to showcase a project you can do with the Mill One. I found a 3D model of the iPhone 6 case online, which I modified a bit and cut in half, so I could made the bottom from poplar and the top from oak. The whole milling process took about one and a half hours using a 2mm bit.

The phone case came out really well, and looks pretty stylish. My friend Lily let me borrow her phone to model in this video since I had a thick screen protector on my phone that got in the way, so thank you to her!

So we sent Tom Salanderer a Mill One to test out and review. You might have watched the livestream unboxing where he went and put everything together, but had some issues with sending the gcode (he was using incompatible software – not the machine’s fault).

On the next day, the video was set to private. Here’s why:

If you don’t want to watch the whole thing, here’s what happened. The first part of the assembly went fairly smoothly. However near the end, with all the software, Tom got aggravated with all the unhelpful comments on the livestream chat, especially since it was past midnight in Germany. So he decided to end the livestream and put out a video later about the Mill One in more detail.

The livestream is back online and you can check it out here: 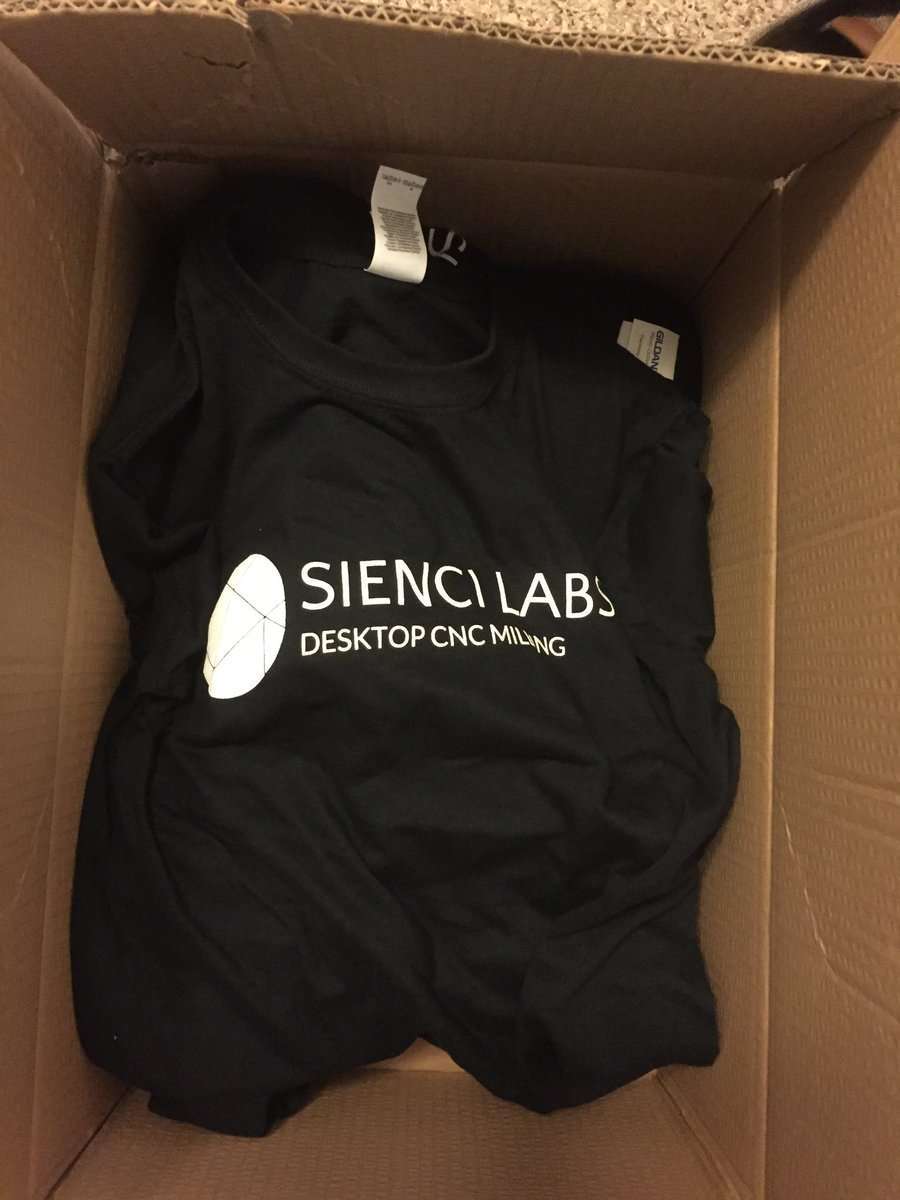 New t shirts. We have 14 of them (someone bought one from us already) in small, medium, and large. What should we do with them? Should we sell them on the store? Should we do a giveaway? Let us know via email or through social media!

I will be heading out to see family in BC this week and returning to Ontario on the 15th. Chris will be out for a few days starting on the 10th. We have someone else taking care of fulfillment and so orders placed between the 3rd and the 15th will be shipped within a week. If you have an urgent order, send us a message and we can arrange something.